What is true fellowship? 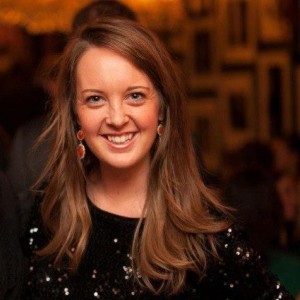 Recently, I received a note from a white brother, saying that in light of these tumultuous times, he does not see me as black. While I do not respond many times to notes like these, I felt prompted to issue the following:

Thanks for reaching out dear brother, and sharing your honest thoughts.

Your sentiments are not new to me (color-blindness), and in some ways I really get what you are saying. I believe what you are attempting to express is that you do not value me more or less, or treat me any different based on the color of my skin.  Because surely you can’t physically deny a difference in skin tone/ethnicity.

Reading Revelation 5 and 7, we are forced to conclude that ethnicity will be a part of our future eternal reality. Therefore, ethnicity is not a fruit of the fall (even though man’s construction of a race based value system is).

Reading John 4 and Jesus’ conversation with the Samaritan woman helps us to see that the Scriptures do see differences in ethnicity. She is known by her ethnicity. So is the Ethiopian Eunuch in Acts 8, along with a myriad of other examples. So it is both okay, and right to see ethnicity.

The problem also is, we live in what’s been called a racialized society where implicit bias abounds, and often times expresses itself in very de-humanizing ways. For example, even though African American’s make up less than 15% of Minneapolis’ population (Where our brother, George Floyd was murdered), over 60% of incidents of police brutality are directed at African American’s.

I once went to take out a lease from an apartment that happened to be owned by a white woman. She demanded I give her six months in advance. But then when I sent my wife (who looks white) to the same lady to lease the same apartment, she was only asked to give first and last months.  These are but a few scant examples undergirding the truth that we live in a racialized society that very clearly sees, and limits opportunities (and even lives) for people of color.

Also, numerous sociologist’s point out that whites do not see themselves as whites. One sociologist, Dr. Korie Edwards (Ohio State University) explains it this way.  Right now just about all of us in this world have two arms. We do not consciously see ourselves as having two arms.  But if you had one arm in a two arm society you will be constantly aware of your limitations. This is the black experience in America.

If we are going to move forward in true ethnic unity we must name these things, acknowledge them, confess and intentionally move forward. Isn’t this the general sentiment of I John 1? We cannot have true fellowship with God without first acknowledging the truth of our sins. Color blindness gets us nowhere.

I love my white brothers and sisters, but I cannot have true fellowship unless you see a significant part of who I am — a black man — acknowledge, and dialog with me about it.

Yes my relationship with Christ is the epicenter of who I am, but following Christ does not eradicate my blackness.

I hope this helps.

In Exponential’s third episode of Candid Conversations on August 20, 2020 at 2:00 p.m. ET, Bryan Loritts joins us to unpack what people of color wish white leaders knew and embraced! Click here to register for this free webinar.