Racism, Discipleship, and Understanding Our Ignorance 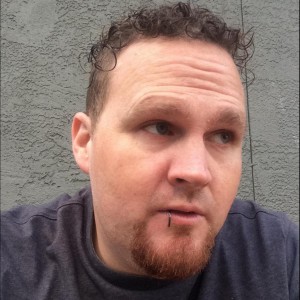 As I expected, this “candid conversation” was certainly candid. I appreciate direct question and answer interviews with a conversational tone. I also love perspectives outside of my own. With boldness, Derwin Gray gives us both. By us I mean white pastors in America. Us. The ones nervous about speaking on issues to which we are largely ignorant or even at times find ourselves guilty of perpetuating.

As pastors and preachers we speak. But we study. We learn. We grow in wisdom and knowledge and with that our confidence grows. We hate feeling ignorant. But honestly, that’s where we find ourselves many times as it relates to racial conversations in our country. Derwin speaks to this ignorance and also to its cure by taking us into the New Testament and its references to groups in opposition and how the gospel speaks love into these messy situations.

Co-host Todd Wilson began the conversation by clearing the air around definitions of racism. Admittedly he was raised with one understanding that might be different that the way it is understood today. This matters in hard conversations. Our words matter. Pastor Gray gives us a clear, working definition with which to begin this discussion.

“Racism is a failure to love your neighbor as yourself because you have deemed that their being is less than your being based on your group.”

This is simple enough to start with, but where the conversation goes next is extremely helpful and I hope I can give you a clear summary of how this definition displays itself in our current American culture and church.

First, there’s a PERSONAL DYNAMIC to racism. This is the one we most often tend to see and understand in our culture. We have images of slave-owners or the KKK or some radical fringe group, online, spewing hate. What we have to understand, according to Gray, is that racism often lies deeper than that in our hearts. You don’t have to be a card-carrying member of the KKK to be racist. Like so many sins, racism is subtle, lying in secret, and displays itself when we are least prepared.

Next, there’s SYSTEMIC RACISM. If you’re like me this is a relatively new concept. Between Dr. Derwin Gray and Pastor Efram Smith we get a glimpse into the very practical history surrounding the nature of systemic racism in America and its communal aspects. But more importantly we get a wonderful lesson in reading the Bible! Derwin is able to connect us to the scriptural examples of individual and collective sin, as well as, the need to repent as one and as one-of-many.

This is so powerful! Don’t miss it.

We are all parts of groups. We are Americans. Church members. Teammates. Members of sub-cultures and communities. These groups and communities can and do impose their will on the members of seemingly opposing groups through public policies and procedures. We learned, in this conversation, about banking, housing, and policing policies which are directly influenced and leveraged by the white community to keep the black community in positions which contribute to poverty and poor education.

Many times these things are happening in our ignorance. A faithful follower of Jesus may just be following guidelines established by the banking organization that hired them. Gray claims the issue is deeper than this and the solution can be more “robust” than we imagine. That Christian, working in that bank, could begin to actively recognize injustice within their world and boldly takes steps to oppose the injustice and make real change. Is this dangerous? Sure. That’s what following Jesus is like.

Lastly, there’s CHURCH RACISM. What? Not at your church, right? Well maybe. How does the structure of your church allow for people of different families to find themselves in this new family of all families God has established on this earth?

This is an important question. Dr. Gray is undoubtedly one of America’s most prominent voices in the arena of local church diversity. This is, in large part, because of his deep conviction that the Apostle Paul was writing to multiethnic groups, and writing to them about existing in unity. Derwin stresses the point of our deepest identity being our “Christ-ness” and secondarily we can identify in some other way.

“America is divided and the church is following those streams rather than remaining in Christ.”

This is an all-to-true statement. It’s really the crux of the issue. Until we are willing to unapologetically rooted in the diverse nature of the gospel as church leaders and planters; racism will continue to infect and affect our local churches. Pastor Gray mentioned that he intentionally disciples his church by bridging the gap, so to speak, and having local officials speak to the issues of communities and how people can actively oppose racism in their world. This is part of the work of discipleship.

Racism and Discipleship Are Connected

It’s not about simply believing racism exists or is sinful. It’s about being salt and light. It’s about our behaviors being in line with Jesus and his gospel message of redemptive, restorative justice and mercy for all. “The church has placed redemptive justice in the corner.” according to Derwin. This has to change.

He alludes to examples of Peter and Paul and discussion surrounding Jewish nationalism. This was a sin and a problem. Even Peter, who was first to recognize that God has no favorites, back peddled in action when he felt the pressure of those who would oppose his accepting actions. Paul had to disciple Peter. Paul recognized that Jesus changes our fundamental group identities and places us in a new family made up of all kinds of families! Derwin sums up this aspect of the conversation this way…

“Paul wrote to Jews and Gentiles about how to be the people of God for the glory of God in the mission of God here on planet earth.”

It was and is both/and. This is discipleship. True, unfiltered discipleship centered on Jesus (not late night news media), Derwin claims, will seek to move people into alignment with Jesus. This alignment, he says, will move every Christian to commit to treating every human being as if Jesus died for them. We don’t have to agree with every person to love every person.

There’s no doubt we have a long way to go. Dr. Derwin Gray encourages us, instructs us, and gives us practical steps to take in our life and ministry to combat the racism in our hearts, in our cities, and in our churches. This begins in our churches because redemptive justice, rather than retributive vengeance, is a discipleship issue. We must lead people to see and understand that racial unity is a gospel issue to be informed and transformed by Jesus and same Sprit by which lived and died and lived again!