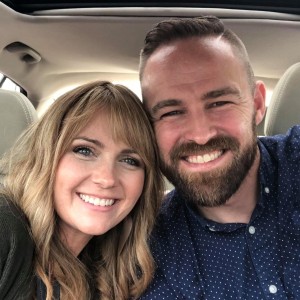 This article was originally published by Stan Rodda on fourgen.org.

When it comes to ministry in an urban context, there may not be a better person to speak in to the realities of this life than Danielle Strickland. Danielle is a spiritual leader and justice advocate. Her compassion toward people has created through her movements and initiatives reaching the entire globe. She has launched church plants and anti-trafficking initiatives around the world.

But what endears her to me the most is that she is an enneagram 7. Maybe that’s because I am also an enneagram 7. If she’s a 7w8, then we might have to meet because she’s my kind of people.

It’s no surprise based on her work in Toronto, Canada, that Exponential would reach out to her and make her a staple in the conversation surrounding ministry in urban contexts. If you find yourself reading this and you are struggling in an urban context, do yourself a favor and consider Danielle Strickland as a resource for your work. You won’t be disappointed.

As a part of Exponential’s online community, Danielle joined Daniel Yang and Peyton Jones for a fascinating conversation surrounding ministry in the urban context. Because she is based in Toronto, Canada, there might be a few differences between there and here in the United States, but the U.S. is moving quickly toward Canada’s current spiritual reality.

If you look closely at the progression of secular societies, you’ll find that Canada is trailing behind Europe but they are ahead of the United States. They are more conservative than Europe, but more liberal than the U.S. Canada is America’s future.

For those in urban contexts in the U.S. this should give you some insight into your future ministry turf. What Danielle is facing in her environment is what you will be facing in the next decade or two. If not, you already are facing it.

One of the key differences that shows the United States is still a little behind Canada is simply introducing yourself as a “pastor.” In Canada, Danielle says, that will immediately create a deficit for you. People will automatically be on the defensive and create a relational gap because of who they believe you to be.

That may be only slightly less true in the states. Being introduced as a “pastor” here might still yield some kind of regard for what you do. Although, even in my suburban context, that mentality is changing. When it was learned that I was a pastor in a new neighborhood I moved into, someone responded by saying, “There goes the neighborhood.” The soil we are working in is shifting radically beneath our feet and urban contexts are seeing that even more quickly.

If we are going to make disciples of Jesus in our urban contexts, there are some key takeaways that Danielle shared. Here are a few that I heard from the conversation.

The foundations of an urban ministry are two-fold.

There is no better foundation for your ministry than prayer. If you aren’t already, may I encourage you to pray with desperation for your city? Pray for God to give you wisdom and insight. To see the needs of the city and the best ways to engage.

Where are the most lost and hurting people and how can you connect with them in a Christ-like way? This was Danielle’s approach when she asked God to show her where the most difficult areas were. The least touched by people. And God gave her that ground.

You can’t simply live in the city. You must go knee deep into the trenches. Living life with the people around you. Giving them an example of someone radically different than the world. You can’t make that kind of impact in an urban environment from an ivory tower where you preach down to people.

In Toronto there are two postures toward the church; 1) skeptical, cynical and suspect and 2) irrelevant, you live your truth but don’t bother me. That is the same in many American urban contexts also. The only way to make a dent in that environment is to get into the trenches and live life with people. You can’t make a difference for the Kingdom by preaching down to them.

When it comes to the “How” of reaching an urban context, the best fruit of disciple making and bringing the Kingdom of God is being felt most in living rooms. Living life with people and showing them a different way. Demonstrating day to day what the Kingdom of God is like. Danielle used “home base” language.

Train 10-12 in your home and launch them to multiply into new groups in their homes.

This requires thinking small, not assuming that bigger is better or creating a big platform for yourself. Take your home base leaders deep in discipleship and the rhythms of Jesus. Then take them wide in their impact in the city.

The early church accomplished this very thing. They thought small where they hosted church in their homes, but that lead to wide impact to the tune of 30 million followers of Jesus by the 300’s AD. To reach an urban context, think small.

Then a question was asked that I believe prompted one of the most powerful and beneficial pieces of this conversation. Danielle was asked…

What do you want to tell Americans about reaching their [urban] communities?

Because the United States is only a few years behind Canada in its march toward secularism, her insight here is especially poignant.

Condemning the culture is easy. Preaching against the sins of the people and pointing the finger at the world. Not a single preacher I know has to struggle to do that. The problem is it doesn’t work. It simply creates a wall so that the church can’t be a witness to the culture.

Think Jesus and the woman at the well (Jn. 4) or the woman caught in adultery (Jn. 8). Jesus makes a powerful impact in their life simply by not condemning them for where they were. He calls them to move forward, to leave lives of sin, etc, but he did that in the context of the relationship first. We must be more like Jesus in this regard and stop condemning the culture around us.

What worked in a society more accepting of the Gospel and the church 20-50 years ago, is no longer true. The culture is shifting directions in a big way. If you try to reach your community by digging into your church traditions and institutional models, you are running the risk of having a ministry that is DOA (dead on arrival).

3. Giving in to the liberal agenda as the church’s agenda!

I would say it this way in the United States…

The world’s structures, policies and politics aren’t the answer. Never allow the world’s agenda to dictate what the agenda of the Kingdom of God should be. They are never the same. God is not Republican, Democrat or Independent. He is jealous for His own glory and has given everything to establish His Kingdom that will have no end and cannot be conquered by hell. Never conflate the world’s agenda around you as the agenda God has given His church.

The lost art of the church is radical hospitality. Right relationships and reconciliation lived out in homes with people who don’t look, think, act or vote like we do. The church has become almost weird and judgmental out of fear of the world. Why are we shocked the world is doing worldly things?

If you want to see a movement of God happen in your context, practice radical hospitality. Live a life that is reconciling with neighbors and people around you. Invite them into your home to see how life with Jesus is lived. Be the community that models repentance and reconciliation. It’s easier to preach on 2 Corinthians 5 and talk about reconciliation than it is to live it out. But transforming communities requires it of us.

Host a party. Have a Halloween party. Serve at a food bank with neighbors. Host a cookout on your driveway. Host a movie night for neighbors near you. Have them in your home. Allow them to see what following Jesus looks like. Practice radical hospitality.

Demonstration is king when it comes to preaching the Gospel to a lost and dying world.

They want to see the preach, not hear it.
-Danielle Strickland

Stop looking for the silver bullet or special sauce that will give you the answer. The answer is in a life surrendered to Jesus being lived out in radical hospitality. That will be a sign and wonder enough for your neighbors to say, “What makes these people different?” This is how the Kingdom will grow.