In heaven, full justice will reign 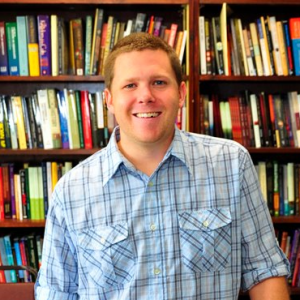 Dhati Lewis is the Lead Pastor of Blueprint Church in Atlanta, Georgia and the Vice President of Send Network with the North American Mission Board. His book, Advocates: The Narrow Path to Racial Reconciliation offers readers a powerful introduction to reconciliation from a biblical framework.

Continuing the series of Candid Conversations, Efrem Smith and Todd Wilson hosted Dhati Lewis for a dialogue on justice.

Lewis acknowledged the importance of these conversations: “I don’t think Christians have any options other than pursuing reconciliation.”

He writes, “The focus and thread throughout the book will be addressing the posture of our hearts in the ways we engage with personal, relational, and systemic issues of racial division. And no matter how saturated or new you are to racial division, aligning and re-aligning your heart toward Christ isn’t something you graduate from.” (xiv)

Addressing fatigue that many are feeling in conversations about racial issues, Lewis explains, “I understand. I get it. […] The question is not if we’re tired or fatigued… fatigue is not the thing that determines whether we keep going. Paul compared himself to being poured out like a drink offering in Phil 2:17.” In the book, Lewis writes, “We will get tired, but when we allow our fatigue to control our responses or to keep us from extending empathy towards others, fatigue becomes a great obstacle to us becoming advocates.” (111).

Sometimes fatigue is related to working hard without a clear direction. We can feel like we’re spinning our tires without getting any traction. Lewis’ book provides clear and actionable steps. Lewis identifies and defines often misunderstood terms that helps propel the conversation forward and move readers in the right direction. When asked, “How can we be practical about being advocates?” Lewis responded, “I wanted to give some handlebars to people who wanted to do something. […] I wanted to stir conversations that came from a posture that the Bible promotes and that will encourage reconciliation.”

Todd Wilson shared his own current struggle with fatigue in ministry. Wilson admitted, “I’ve never been more fatigued in ministry than I am right now. […] There doesn’t seem to be a clear outcome that we’re aiming for. There’s no finish line.” Efrem Smith acknowledged the tension between the individual’s journey of Christian faith and the collective identities involved in pursuing systemic justice. Wilson and Smith pointed out the need for Christians, black and white, to lament together over the brokenness of our current cultural moment.

When asked, “Where do you see the church going?” Lewis answered, “I think we’re going to have to address racial issues, at least if we’re going to be effective in urban contexts… It’s an issue that our country is facing and if we don’t come with a solution, we’ve missed it.”

Paul was often responding to the contextual challenges he saw confronting the churches to which he wrote.

Lewis closed by recognizing his own optimism in the pursuit of racial reconciliation. As he concludes the book, Lewis writes, “Brothers and sisters, God will give us what we need to become the advocates he called us to be through the power of the Holy Spirit living within us and working through us. […] Stay close to him, knowing that he will use his church to shine a light into the darkness, and the darkness will not overcome it (John 1:5). (120).