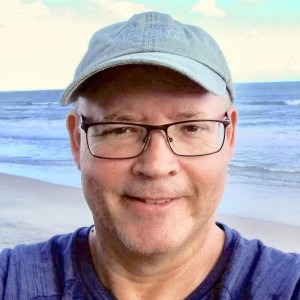 On the evening of Friday, April 30, 72-year-old husband, father, servant, editor, musician, friend and statesman James (“Jim”) P. Long unexpectedly passed away of heart failure—into the arms of the Savior he loved and into the Kingdom he spent his professional career advancing.

With Jim’s passing, we lost a humble, soft-spoken, grace-filled, peacemaking, giant of a man. I lost a personal friend and strong advocate for the church multiplication mission our Exponential team cares so deeply about.

We’ve worked closely with Jim in his role as editor of Outreach magazine. For over a decade, Outreach has partnered with Exponential for the Church Multiplication feature in each issue—regularly bringing exposure to church planting and church multiplication leaders.

Two years ago, Outreach worked with Exponential to premiere the first-ever list of the Top 100 Reproducing Churches in the magazine’s esteemed annual Top 100 issue. When presented with the opportunity, Jim immediately recognized the value and importance of having church multiplication represented in the highly visible annual issue. He was so excited to work with us and bring this kind of spotlight to church planting.

Most recently, Jim played a key role in launching our new Future Church Initiative (exponential-ventures.org). He was so excited to be part of the planning team and was looking forward to being part of our inaugural gathering in Austin, Texas, next week. Jim’s wife Harriet told me that he had talked so much about this initiative and was excited to be with us in Austin. This initiative has Jim’s fingerprints all over it, including his infectious optimism for the future.

Over his 13 years as editor of Outreach, Jim and I spent many hours talking about leadership, the church and Kingdom multiplication. Jim had a heart for equipping pastors and local churches. He was concerned about the challenges they face and was passionate about helping leaders live into their calling. He was a musician who loved arranging songs and playing the guitar. He was one of the few people who enjoyed and had the patience for hearing my adventurous stories of building guitars.

Over the last few days, I’ve been reflecting on a number of tributes that mutual friends have written about Jim’s award-winning writing and his passion for missions. Author and freelance writer Paul Pastor wrote about his ability to “set great conversations free on the page.” He was so approachable and genuine, and always took a posture of “how can I help?” You always felt better about yourself and life after talking with Jim. He was a friend to so many church leaders.

Church planter and author Peyton Jones shared that Jim “held open the door for thinkers, speakers, practitioners and innovators to run through and charge mission, multiplication and outreach.”

Outreach Creative Director and one of Jim’s closest friends Tim Downs shared much about his character and commitment to love people well. Among many things, he pointed out that, “Jim inspired pastors of small and large churches alike.” And that he was “masterful at connecting deeply on a theological level with other great leaders.”

Carrie Williams, founder of the ministry the Truth Republic shared that, “Jim’s ability to see into the cracks and crevices of the movement of Christ and to recognize what needed to be communicated to the Christian community for the sake of the gospel is matchless. His capacity to carry the church forward in ways we didn’t even know we needed was of the utmost value.”

Terri Saliba, executive director of Exponential described Jim as a man of great grace (thank goodness because we were often late in providing content). “With all the responsibilities he had, he always made you feel important,” said Saliba. “He was such a kind man.”

Exponential editor and writer Lindy Lowry hired Jim into his role at Outreach. Lindy remembers Jim for his penchant for platforming leaders because of what they had to say to the church, not because they were the latest voice on the horizon. “Jim brought seasoned insights and a depth of experience that Outreach needed to become the invaluable resource it is today.”

I would add that he was a true gentleman. That’s not a word you hear a lot anymore, probably because, so few men live up to it. But Jim did. He boldly demonstrated humility, charity and generosity, listening to others’ stories and taking the risk to step into the lives of so many.

In a world filled with leaders who seek to become heroes, Jim was a hero maker, always cheering on others who were using their gifts to champion Kingdom multiplication—giving them a platform to share their message. There are people whose names you know, largely because of Jim’s propensity to tell their stories and platform their work.

And in many ways, all of these characteristics were frequently on display in his marriage to Harriet. Anyone who knew Jim knew that Harriet was the love of his life. Next to Christ, she was his priority. She was his center, and he, hers.

Through Harriet, his sons Michael and Sean, his written work, his music, his commitment to both inspiring and challenging churches and the literally thousands of people he touched with his life, Jim’s legacy of kindness and commitment to Kingdom multiplication will continue.

I can say I’m a better leader because of Jim. And I know his legacy will live on through the thousands of people who called him friend. My mentor and friend Bob Buford liked to say, “My fruit grows on others’ trees.” No doubt, Jim Long’s fruit will continue to grow and multiply.

Well done my friend! Thank you for so faithfully pursuing Jesus and sacrificially helping others.