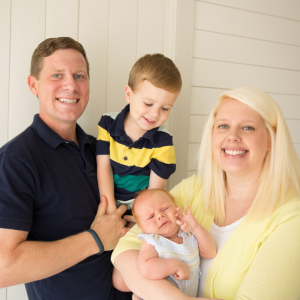 In this week’s episode of Practical Multiplication, Ralph Moore and Myron Pierce had a conversation with Parker Green – leader and founder of SALT churches. Their hope was that Parker’s story would be another one that helps liberate more people who are nervous about making the jump to multiplying MicroChurches.

Parker went from MegaChurch to MicroChurch when God called him and his wife to move to Southern California. It happened when he was offered the opportunity to step into a campus pastor role over 2 campuses at a megachurch in New York. But when he prayed and fasted about it, after 10 days he said there was no doubt God was calling them to move to California.

At first they tried to use the megachurch tools to start a church in their home, but quickly realized they would need to change course in order to do what God was calling them to do. And so they changed their approach, stopped trying to start a church and focused on making disciples.

Be a Disciple and You’ll Make Them

Patrick shared that the idea of “be a disciple and you’ll make them” became their mentality for church planting. Their goal to be disciples was straight forward: unbroken fellowship with Jesus Christ and obedience to Him. And similarly their discipleship focus for others then became: Seek Jesus, Be With Jesus, and Do What He Says.

This simple model produces a context for life-on-life transformative relationships. Parker shared their discipleship includes everything from simply teaching young adults how to cook pasta to teaching them the spiritual disciplines.

The Holy Spirit or Hype

Parker ultimately identifies that the crux of this shift for his move into the MicroChurch model of ministry was the fire of the Holy Spirit. In the megachurch context he felt like he had merely become a glorified event manager – trying to create hype in order to get people to show up to an event and hoping they become disciples. But now the one thing he absolutely refuses to do is manufacture energy. He expressed concern that too many pastors are manufacturing energy, and it’s killing them.

And this reliance on the Holy Spirit instead of hype leads directly into the simple multiplication process they use as they raise up and send out leaders. He shared that they have four focuses when they look to start a new MicroChurch:

So what’s the catch?

It feels like there should be one, doesn’t it? For many it just feels too simple to be true.

For many of us we’ve been so versed in complex organizational charts that we forget the church should simply be a family tree.

For many of us we’ve gotten so comfortable with buildings and budgets that it’s tough to imagine scaling back to the simplicity of meals in homes and sharing with one another as they have need.

For many of us we’ve ultimately grown numb to the reality of our Americanized model of church that is actually so broken that it is estimated we spend $1 million dollars per every person baptized.

There’s a lot of fear in change. We all feel it, whether we will admit it or not. But change is here. And there is real power in embracing what God is doing in a new season instead of holding onto what he has done in previous ones.

Don’t win the battle and lose the war

For too long we’ve been in a holding pattern in the American Church when it comes to the rapidly changing culture around us. Our country has become more and more dechurched, and the majority people now say they have no interest in even walking inside a church building. Yet we have responded by doubling down on trying to win the battle of Sunday mornings.

Instead we must now finally turn our focus to winning the war – forming communities of faith around weeklong relationships and not Sunday morning check-ins, fighting the spiritual battles for the souls of people and not the superficial battles of winning the culture wars, and giving ourselves wholly to the calling of unbroken fellowship with Jesus and obedience to what He says.

It might be simple, but it will not be easy.

But Jesus never promised easy. He promised eternal, abundant life. And that is what’s at stake for generations of people in our communities that MicroChurches are reaching in ways MegaChurches simply can’t.